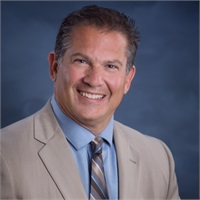 Chuck is a Financial Coach with First Capital Financial Concepts, LLC and has over 20 years of experience providing guidance in the areas of wealth preservation and accumulation planning to successful individuals. Many of Chuck’s clients include professionals in the legal, investment banking, hedge funds, and commercial real estate markets. He also has a number of clients who are owners of closely held businesses and guides them in their personal planning as well as executive benefits and business succession planning.

Chuck’s career started in law school. After being on law review, Chuck became an estate and tax attorney where his focus was working with high net-worth individuals in tax avoidance and tax reduction strategies. During this time, he also became more familiar with charitable, wealth transfer, and legacy planning. This background as well as a father in the insurance business led him to go into the life insurance and financial advisory business.

Chuck professional credentials include being a consistent qualifier for the *Million Dollar Round Table. He has even qualified for the prestigious *Top of the Table, which is made up of the top one tenth of one percent of financial advisors worldwide. During his tenure in the industry, Chuck has been a perennial producer by consistently being in the top 1% of all producers for a number of prominent life and financial advisory companies. For one particular company he was within the top 10 of over 4,000 producers. For another, he has been in the top 100 of over 8,000 producers. He is currently a member of the Chairman’s Counsel as well as the Elite Producer’s Group for Guardian.

Chuck graduated from John Marshall Law School in 1993, and received his undergraduate degree from the University of Illinois in 1989. He is also a Certified Financial Planner, a Chartered Life Underwriter, as well as a Life Underwriter Training Counsel Fellow.

Personally speaking, Chuck resides in the northwest suburbs of Chicago with wife Becky, and their identical twin boys, Anthony and Vincent. As a family they enjoy skiing, traveling, and an active lifestyle. Chuck and Becky also enjoy an occasional Sunday ride on Chuck’s Harley.

* Not practicing law for Guardian or its subsidiaries or affiliates.